“If life was fair would I be alone, during this time of my life? It is not fair and there is nothing that anyone can do about it.” As he smiled waiting for me to respond with something that echoed my lack of life experience, I just stared back at him. Then out of nowhere, he started to laugh. “My wife died about 9 years ago. I was so mad at God, the devil, life, family, and everyone else in the world. I wanted to go first—so that I would not be alone.” I said something therapeutic, but he only looked at me like I was crazy. “I really loved my wife and the best years of my life was our times together. We were married in 1951 and very much in love. Our first few years were a challenge, we struggled a lot. I worked as a grocery store attendant and Mildred was a baker assistant. We had an old car that my dad gave us that was ugly but dependable. We went everywhere in that car.” As he talked about their adventures, I felt he was back there with his wife again. Sitting listening, he told me a lot about their adventures. It seemed like they had a dream life, then I asked him about the hard times.

He looked at me with this sheepish look on his face. The moment of good time ended abruptly as the smile melted off his face. Then he started to talk. “The worst time of our lives almost ended our marriage. It was difficult for about a year. Some days, I didn’t know what was going to happen.” Sitting quietly, I just waited to hear what happened. After a few moments, he was transported back to a place that he never described and did not have to. His face lost all expression and there was nothing but emptiness in his voice. The next few words just cause my heart to sink in despair.

“My oldest son and I were skating, and my son went too far out after I told him not to. He fell through the ice and I grabbed him just as he was going down for the second time under the water. He was unconscious for a few moments, but he coughed. Then all this water came out of his mouth. I ran with him in my arms to the car. Then, I drove like a crazy man to the hospital. We only waited a moment, when all these people came and took him away. My son looked so sleepy, but the doctor kept calling his name making him answer questions. Watching all this, I was nervous, scared, and praying harder than I ever have. I called Mildred and explained what happened and she was there within an hour. She was crying, worried and angry at me for taking him skating. All she said for the first moments together, “why did you go skating . . .”

“After about an hour, the doctor came out and told us that our son will be okay. He is out of danger, but he swallowed a lot of water. He is going to have to stay in the hospital for a few days for observation.” As the doctor talked, I felt a calm come over me. However, Mildred looked okay, but the months to follow proved to show something different. She was not the same woman. She was very angry at me for about a year. Then one day, she was crying in the bedroom. Then she turned to me and said, “I hated you for almost killing our son. I knew it was not your fault, but I needed to blame someone. But I am asking you to forgive me for being so horrible to you. I was just so scared and angry. You did not deserve any of that and I am so sorry.”

“Then she hugged me and gave me a kiss that I have never forgotten. Our life after that was like a storybook—we could not have been happier. I miss my wife every day and that is not fair—I found love and now I miss it with each passing day.”

With a smile on his face, he said, “I still remember that kiss”.

From the desk of Chaplain Bobby, 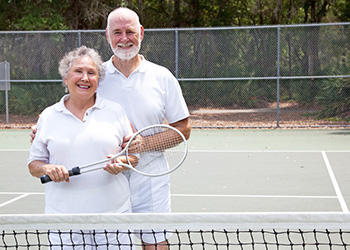